From spark to flame: how the idea for the game that won the Playing Narratives competition came about

The four-member Soulbusters team, consisting of Jana Popović (2D character & concept art), Dragana Kostić (2D character & concept art), Vladimir Đaković (music and sound) and Miloš Markov (narrative and game design), is the winner of the first international program Playing Narratives: from comics to games, which was realized last year by the French Institute in Serbia, the Goethe-Institut and the Serbian Games Association (SGA), with the support of companies Digital Arrow, 3Lateral as part of Epic Games, Two Desperados and Ubisoft Belgrade, as well as the Franco-German Cultural Fund.

The prize for the winning project, selected by an international jury, is the production of a cinematic trailer for their game concept Beyond the Gates, which they realized in collaboration with, and under the mentorship of Kosta Mihailovski and Maša Stevanović of BunkerVFX Studio.

The members of this team, who beat the remaining four teams at the pitching event in the finals of this program, point out that they were very compact from start to finish, got along well, complemented each other and were super tolerant of each other. They also emphasize that all lectures and mentoring sessions were extremely useful, emphasizing those in which they learnt what team culture and collaborative work are all about, as well as soft skills.

The narrative of their game is the story of a lost soul who gets a job as a taxi driver who transports new souls, and in just a few minutes he needs to discover whether a soul deserves a place in heaven or hell, in order to atone for his sins from a previous life.

We met with Jana, Dragan, Vladimir and Miloš at the BunkerVFX studio and talked about how the process of creating their trailer went – from the initial idea to the final “product”. 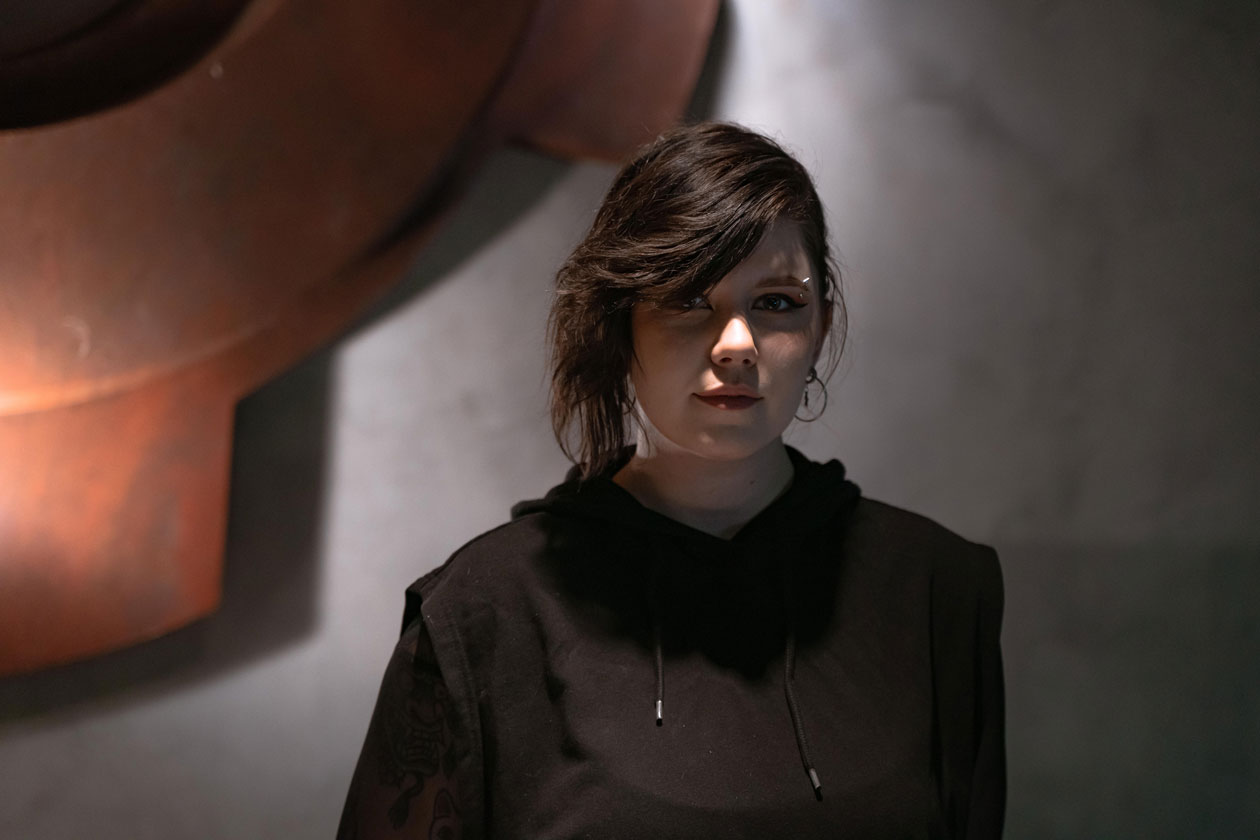 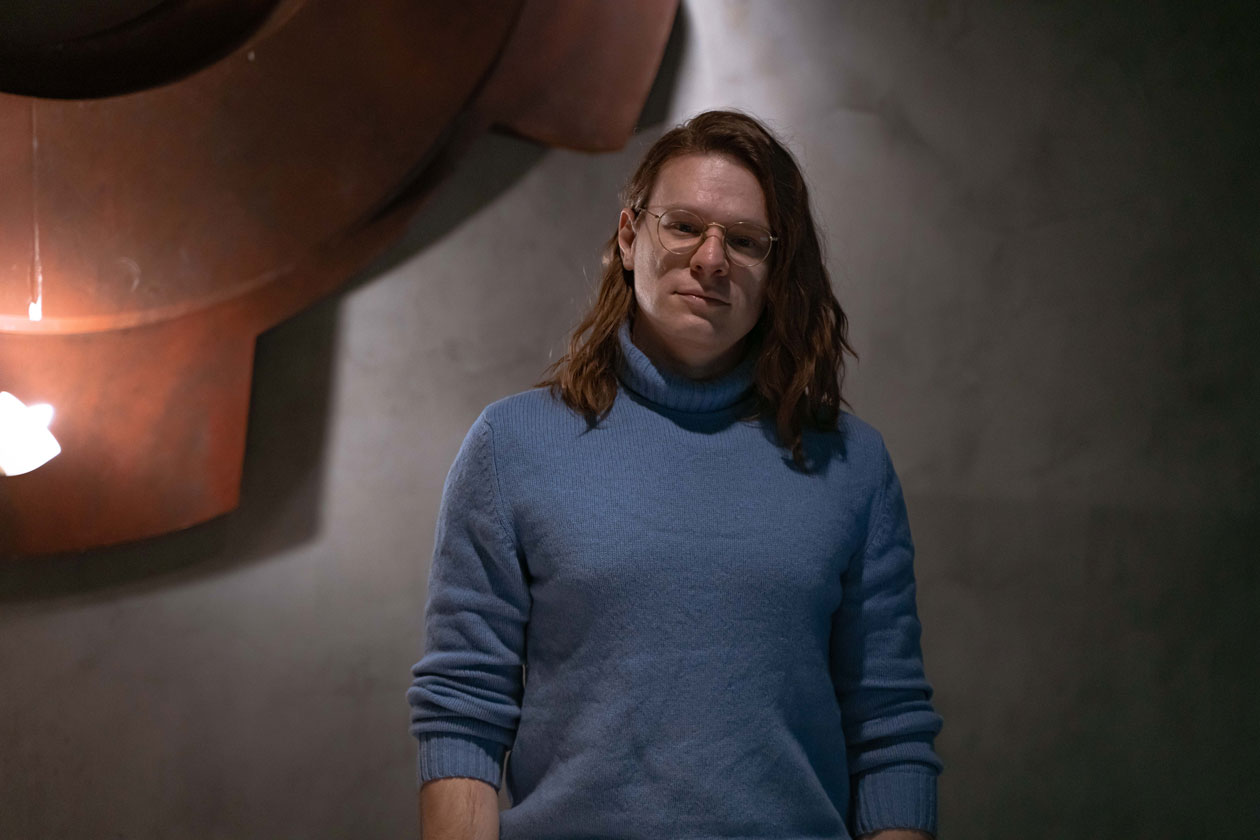 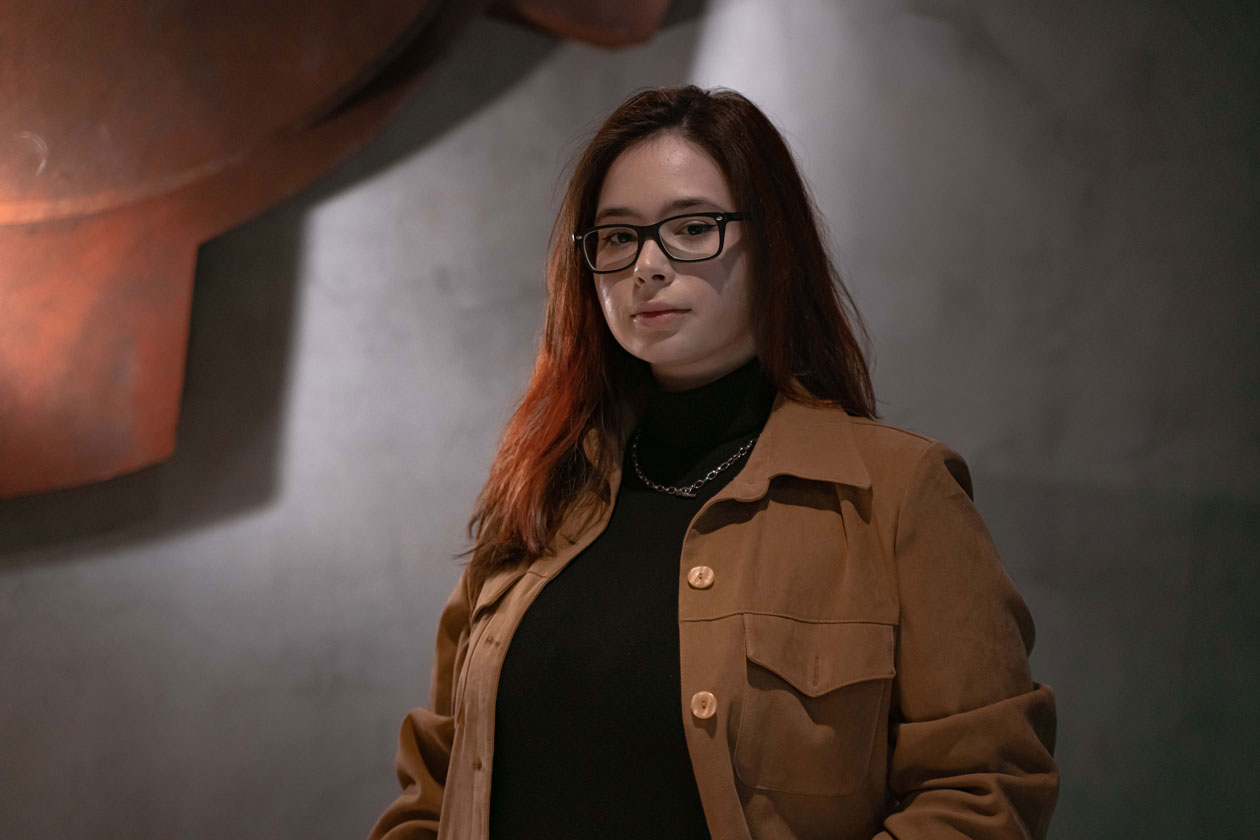 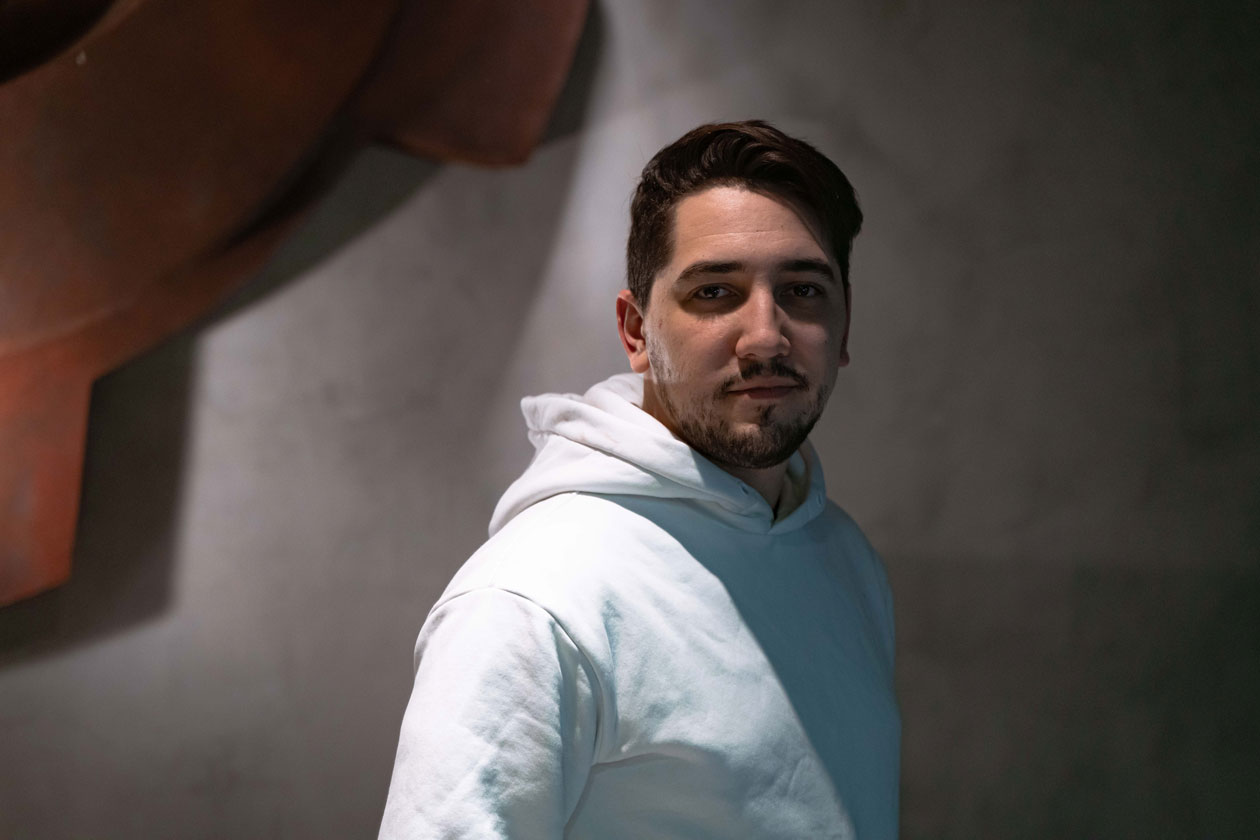 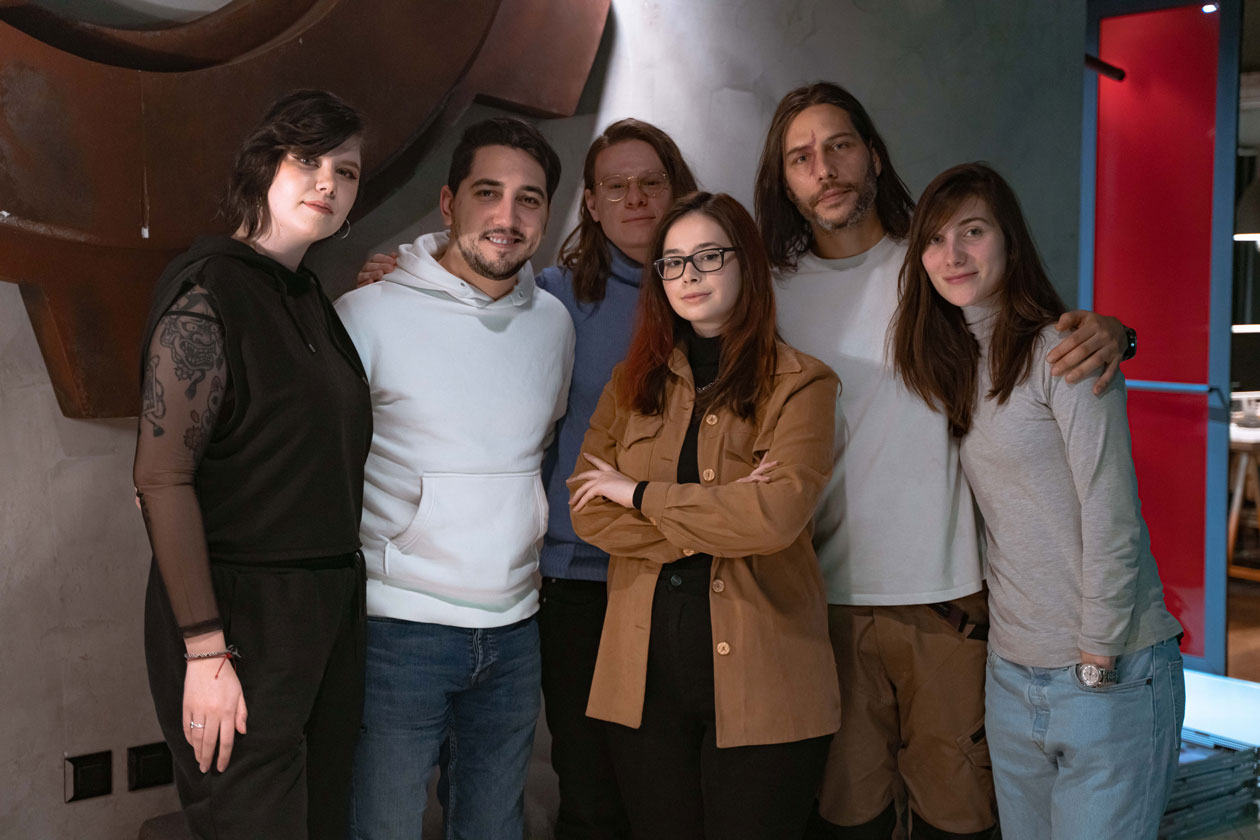 What did you expect when you initially applied for this program, and how do you feel now that you are completing an important process?

Jana: All of the lectures we had were useful to us. Each of us – whether a designer, 2D or 3D artist or a narrative designer – found a lecture that suited him and learned something in this process. At the end, when we had a lecture about narratives and were compiling log lines, we spontaneously joined in teams. We were one of the smallest teams, we met in the program and during the collaborative work we spontaneously learned what each of our skills were. We used that in the best possible way, and that is how our project came about. These eight months have been the most rewarding period of my career!

Vladimir: My first impression is that the expectations I had from this program were exceeded already after the first month. I sincerely expected that we would gather once a week and listen to some interesting lectures. But we quickly found each other in this, because we have common topics of conversation, affinities and interests, and we built friendships that will last for a very long time. The benefit of this program is not only reflected in the lectures we attended, but also because we gained a realistic picture of what we can expect if we decide to deal with game development in a professional way. Many of us made big decisions during this course and said, Hey, this is something I really want to do. I don’t think that any of us would have taken that step without this program. And that is perhaps the strongest impression.

Miloš: The experience I gained here helped me to find a job in the gaming industry. And that is the most important impression about the program for me. 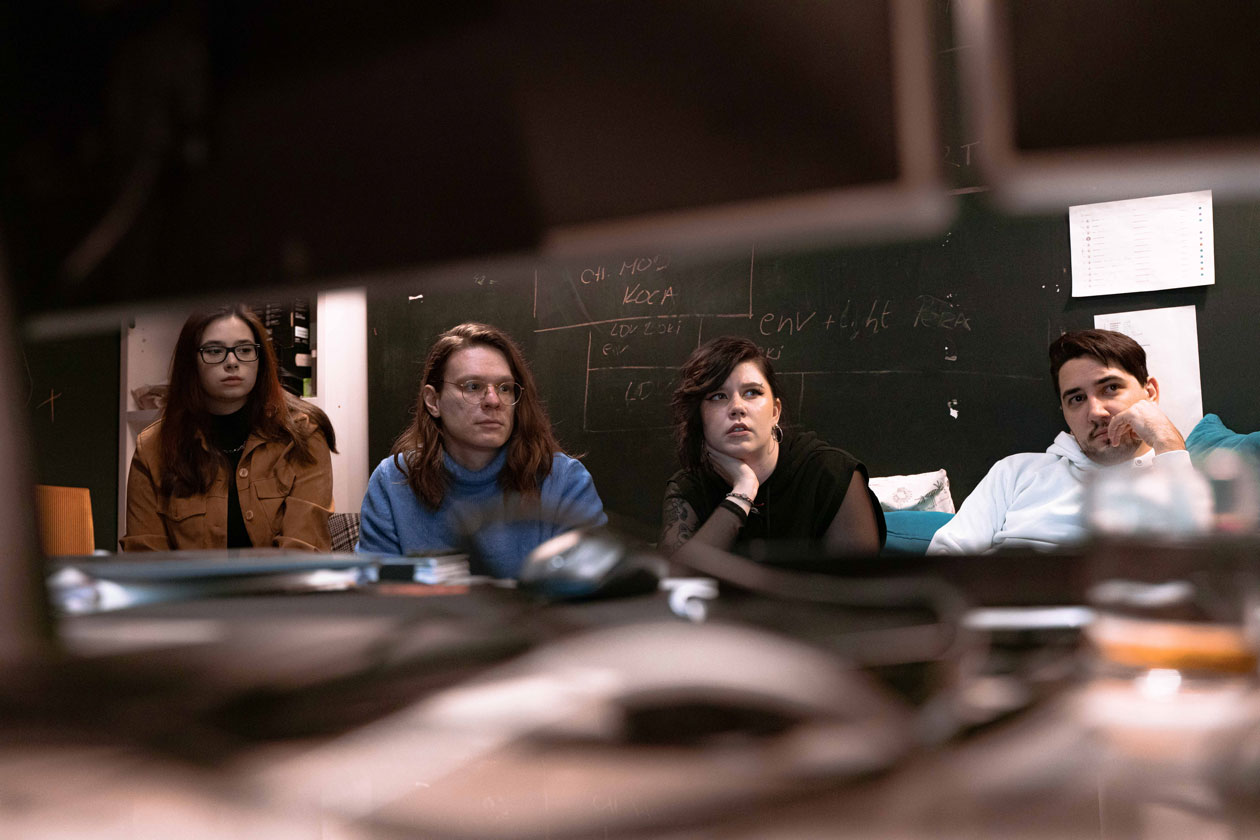 And what were the biggest challenges?

Miloš: The biggest challenge is to realize something that is realistic. I think that’s why we won, because our concept is realistic, it is feasible.

Jana: We reflected upon what can be done, when we take into account our jobs, school, life… I completely dedicated myself to this, because I could not physically achieve doing work for my regular job, and what was expected for this project. I had to choose down what was more important to me and what I wanted to do.

Vladimir: We are all creatives, artists and it was a challenge to, through teamwork and a shared vision, narrow down our idea to what was realistic. What we can achieve within the timeframe we had, taking into account the knowledge we have and our experience, not to go to heavens and start thinking that after five lectures we became the greatest connoisseurs in the world. The challenge was for us to look at each other realistically, individually and through each other, through teamwork and conversations, and to make a plan on how to achieve everything we intended. We went through similar things at colleges or jobs, but never with people we met a month earlier, while working on something that means a lot to us and what we are a great deal attached to. We worked out an idea that sounded nice to us to the detail, and we managed to turn something that was pretty abstract – into something realistic.

How much has the idea itself changed since the initial one?

Jana: We stuck on the basic idea which is actually a moral gray area. Morality is the biggest pillar of our game, because the player needs to find himself in it, because he reveals himself in this game and sets him or herself up as the main character. The very core of this idea survived, and we worked it out until we came up with its best version of it. The idea developed further, we rejected some parts, we added something new, but we stayed on the story of morality as the main pillar of the game.

Vladimir: The basic premise from which we started is that the player is a taxi driver who, based on just a few minutes of driving with a dead soul, should decide whether someone goes to heaven or hell. The taxi driver, or player, bases his or her decision on personal, moral beliefs about what is good and what is bad. And that has not changed since the first day we heard Jana’s and Miloš’s idea. Everyone will have their own opinion and experience of whether a character belongs to heaven or hell, and everyone will have their own explanation why this is so. And that was exactly the point we wanted to achieve.

Jana: Anyone can get into the role of the taxi driver. We mentioned in the pitch that everyone should get involved in the role of a passenger on the bus, look at people around and, based on whether they like someone visually or not, can determine where they belong within a minute. And so we came to a universal point of view.

How did you come up with the visual identity of the game?

Vladimir: When we saw the first concepts and references on paper, the first reaction from Miloš and myself was to figure out what Jana did and what Dragana did, just because they matched so perfectly. I’ve played a lot of video games and grown up to a lot of cartoons, but I’ve never seen anything like it. Characters and an imaginary world portrayed in this way, where everything is at the same time so clear, and yet so abstract and stylized. I literally freaked out when I saw those first drafts.

Miloš: We have similar interests, we consume similar things and we found each other completely on this project. We function perfectly as a team.

Vladimir: Our plan is to, one day, develop this into an actual game that we will place on the market and that the audience will love. At this moment, we are all so in love with this idea, which the whole world will be able to see, that we believe that we will eventually bring our idea to life.

Jana: This is our project and we will absolutely finish it, and we will not allow it not to be realized! 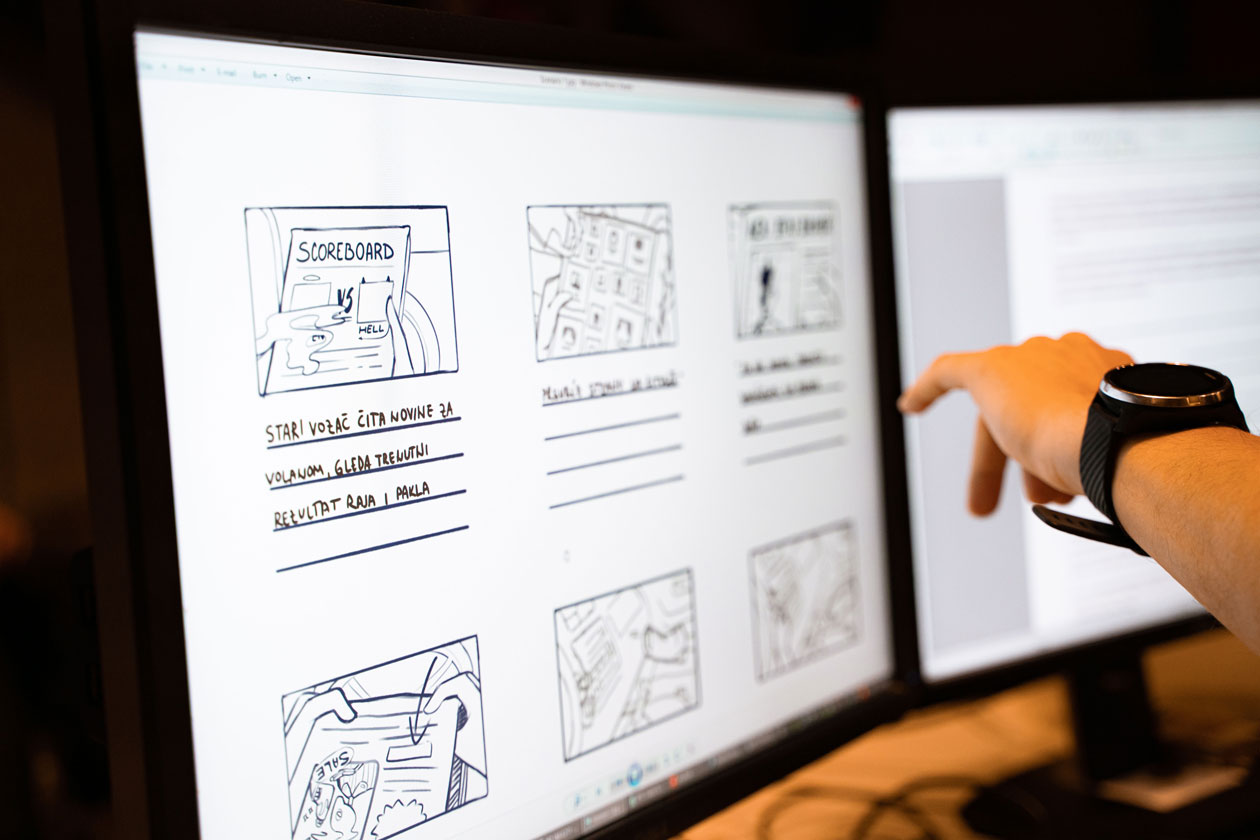 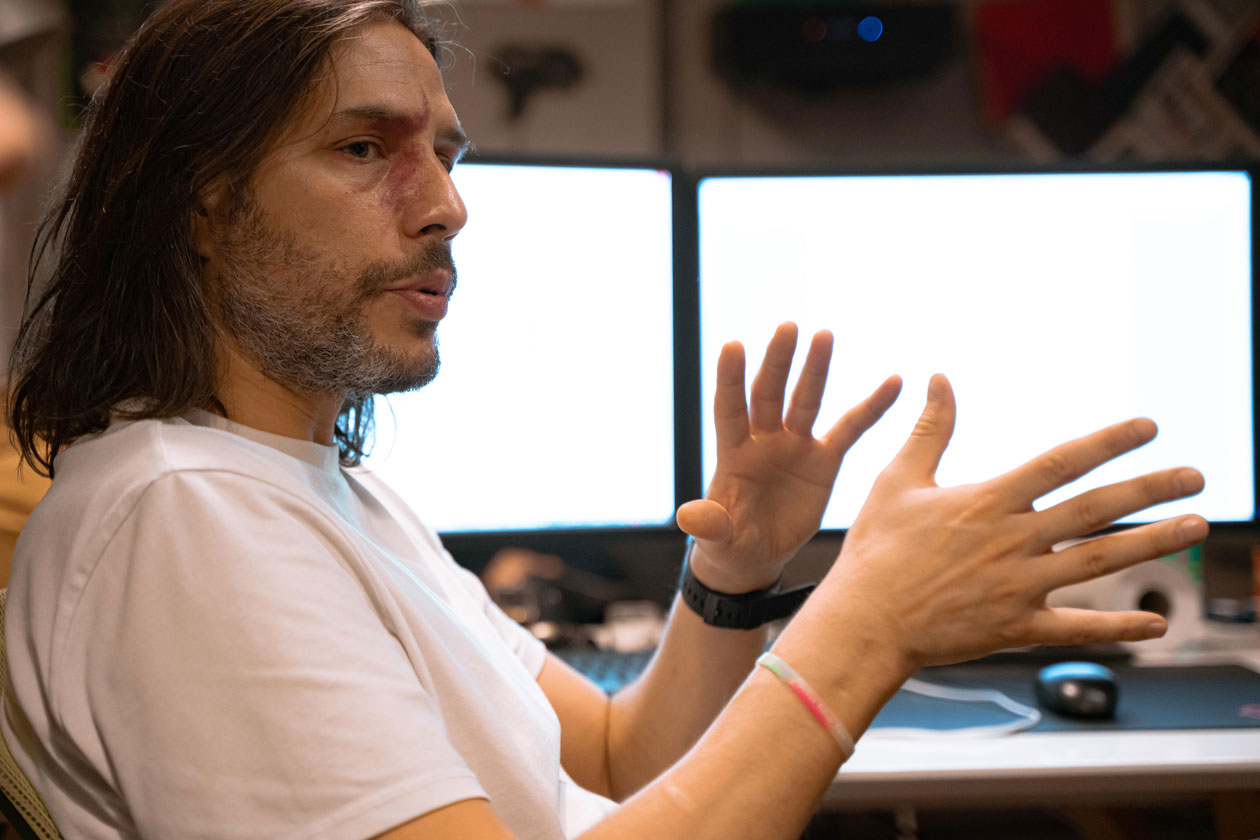 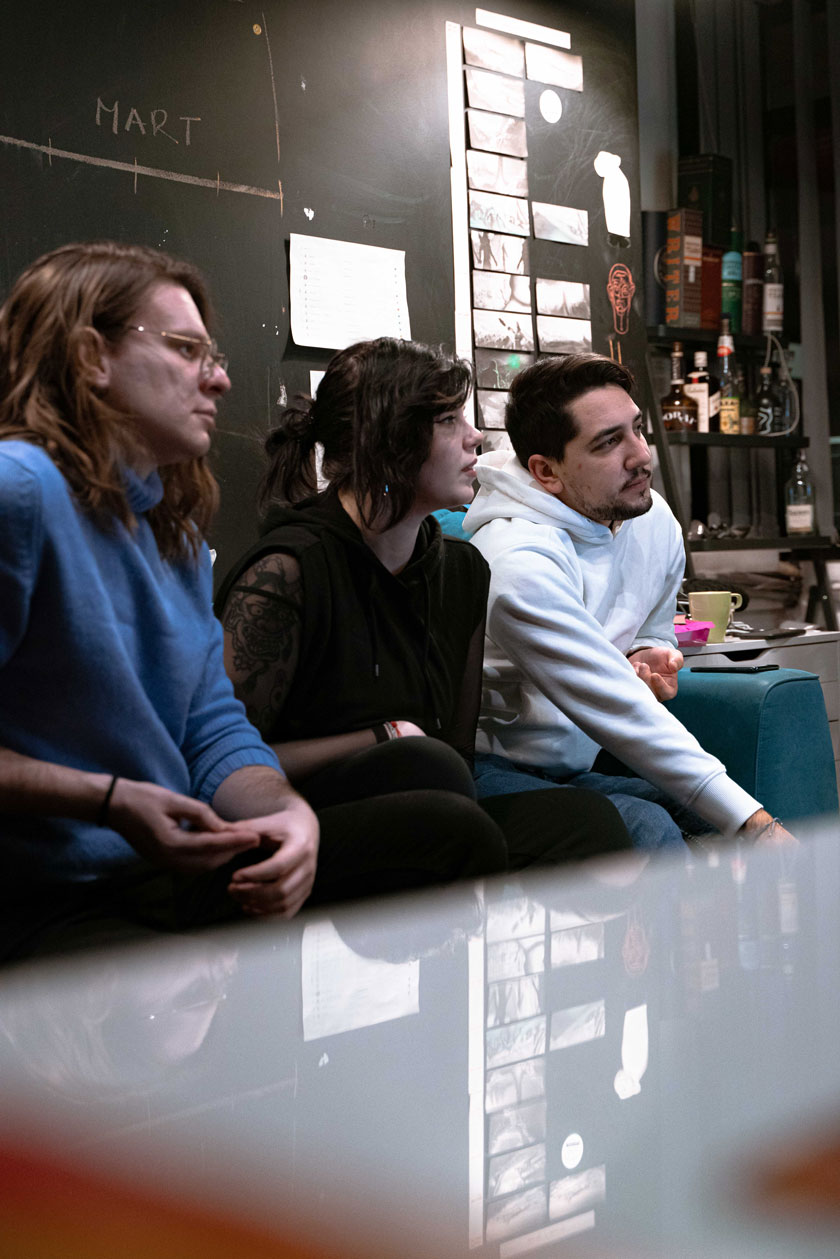 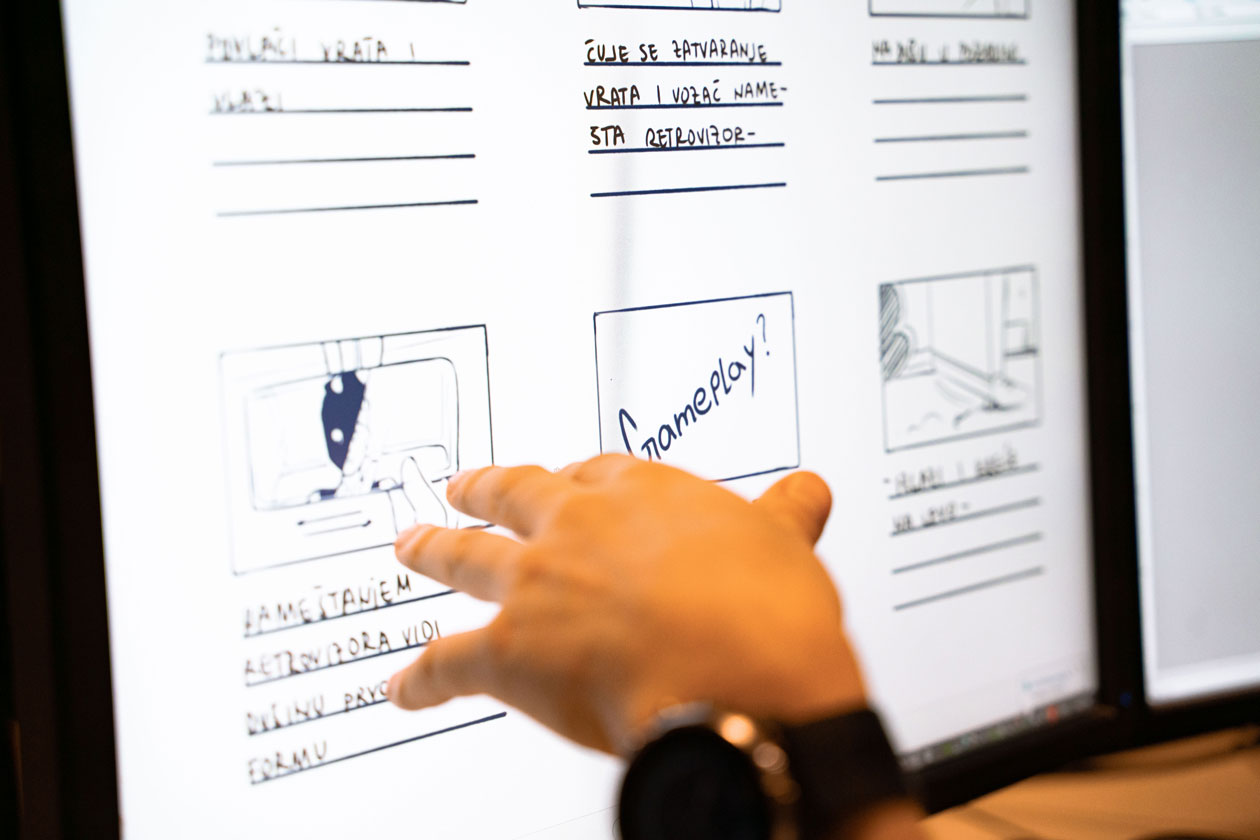 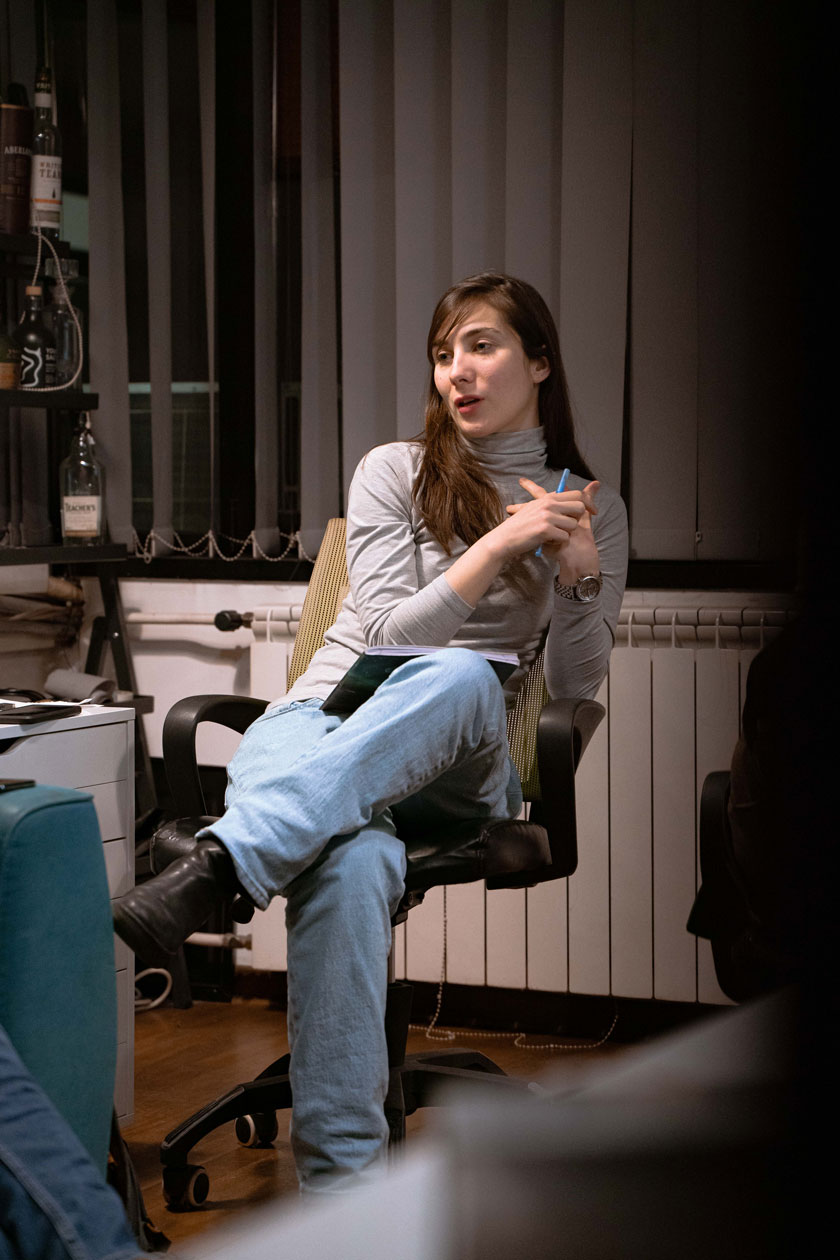 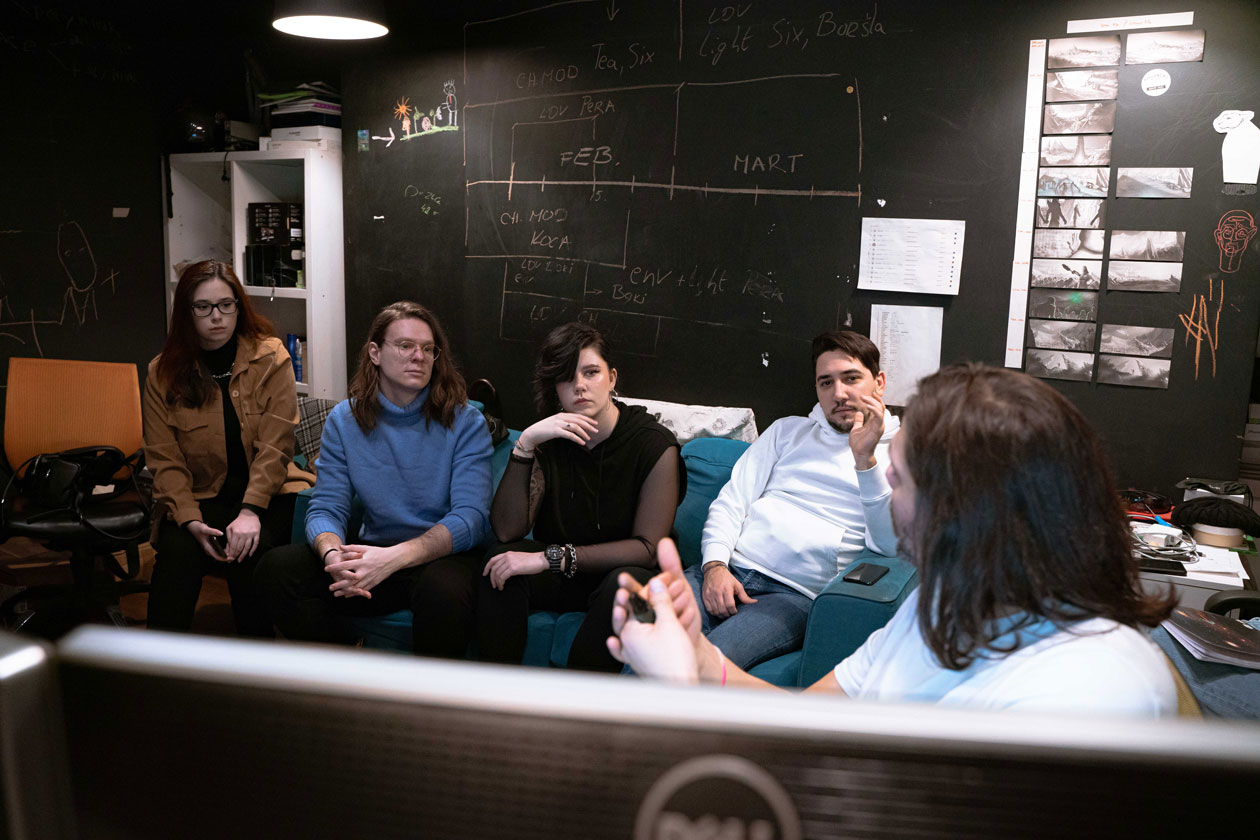 The Playing Narratives program began in late March 2021, when an open call was issued for young creatives (creative writers, illustrators and comic artists, animators, digital modelers and sound designers) to join an informal educational program that will introduce them to the world of creating video games. 23 young creatives from all over Serbia participated in the program, selected from 200 applicants. During this program, they were divided into five teams that worked on the realization of their ideas.

An invitation to participate in the second, regional cycle – Ideas to Games is now open! Creative writers, artists, animators, modelers and sound designers from Serbia, Bosnia and Herzegovina, Northern Macedonia, Romania and Slovenia can apply to participate in this year’s eight-month mentoring program. See this link for more details. Applications are open until midnight on March 27!

As in previous years, the program is supported by the Franco-German Cultural Fund, which was established in 2003 on the occasion of the 40th anniversary of the Elysee Agreement. The general sponsor is Unreal Engine (ie Epic Games and 3Lateral), while the prominent sponsor is Ubisoft Belgrade. This year, the Niš-based company Webelinx Games joined the realization as a sponsor, while additional support will be provided by French and Goethe institutes from the entire region, as well as SGA colleagues from Slovenia Games, MAGDA i RGDA.

You are using an outdated browser which can not show modern web content.